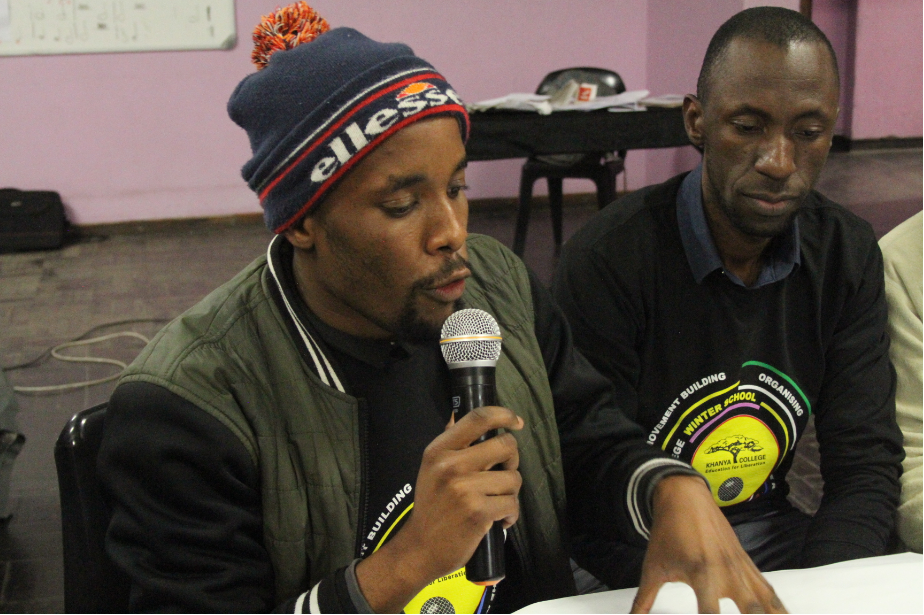 From 9th to 14th June 2019, Khanya College, hosted the 21st Winter School. This year’s edition was centered around the the theme – “Movement Building, Organisation and The Role of Media”, as a way of debating the current status of the working class media and look at creative and alternative ways of bringing it up again by young activist journalists who are aligned with the socialist approach. It gathered around 60 participants coming from different provinces in South Africa and neighbouring countries namely: Mozambique, Malawi and Zimbabwe.

The methodology (group work, debates, workshops, skill trainings) used during the school were very good to help all participants engage in creative processes in setting up alternative pro-working class media houses that do not fall under the capitalist burgeoise control. The fact that all participants divided in 6 groups from the very first day attended lectures facilitated by senior Khanya College members (Dra. Maria and Mr. Oupa) in my opinion helped to guide and shape our ideas about what kind of alternative pro-working class media house we can establish in our communities. Although it was tiring as we worked long hours, it gave us a glimpse of the kind of dedication we must have to run successful media houses.

Parralel activities such as watching documentary film, workshops, lectures (Palestine – Israeli conflito) and debates (Feminism), skill buildings (photography, video and images, article writing also took place were important to help trainees broaden their minds and design their media houses also considering other important issues happening in society portrayed or not by mainstream media. Surely I will not be the same person after attending the Winter School. It was a challenging and enriching experience. I found that writing newspaper articles is not a difficult thing at all, as anything in life it only needs hard work and proper orientation and guidence like the one i had at 2019 Khanya College Winter School.