A worker is a worker regarding the profession 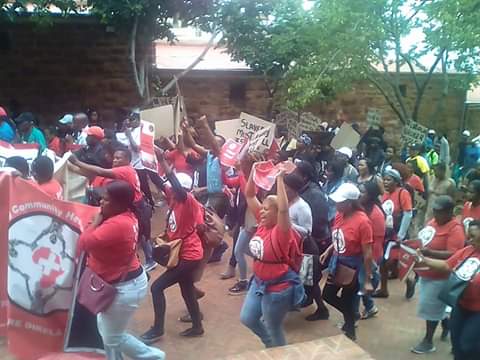 The news of an intern doctor who was almost raped at Pelonomi hospital in Bloemfontein have been on the air for more than three days now. Most media houses reported about the story and majority of people within and outside the country are aware of what happened in Bloemfontein Pelonomi hospital as could be seen on social media. The reporting of the story itself is not a problem, but similar incidences befalling other workers receive less attention.

This confirms how mainstream media do not report all issues or what is happening within the working class. If CHWs were recognised within the field of their work, the world could have known of what happened earlier this year. The Department of Health also played a role in this neglection since they did not support both incidents equally and did not give the employees the same treatment.

The employees who had been the victims before will go through the trauma every time they are at work. It is reported that the Department of Health will give the intern doctor all the necessary support including counselling until she is fit enough to get back to work, to the CHWs they only received a speech from the former MEC of Health in Gauteng and the promises of improving safety within the field of their work.

The Department of Health and the media need to understand that the equality of workers regarding their profession.