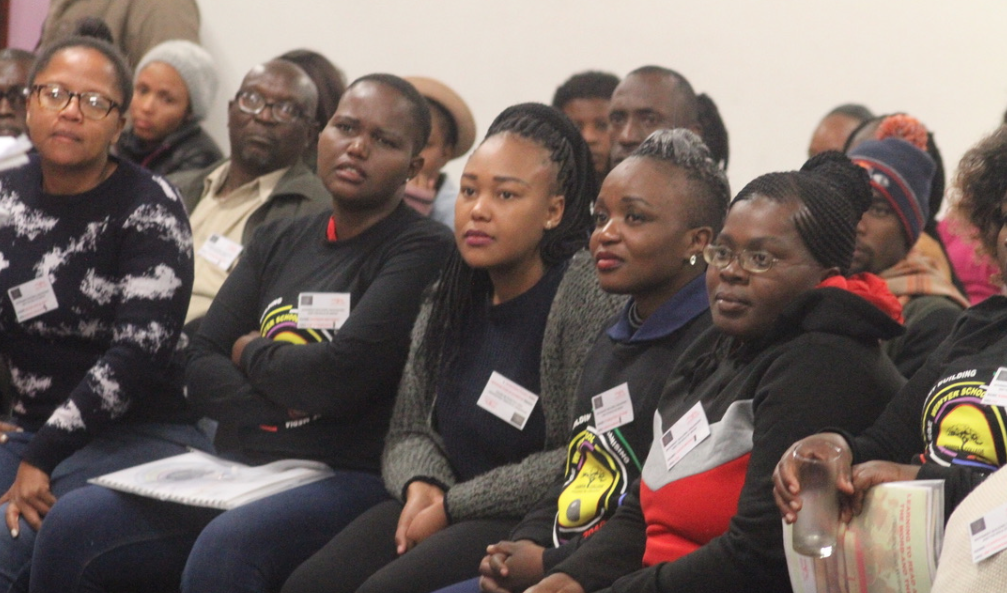 The discussion was on the role of capitalism in South Africa. Capitalism hurts people when big bosses use and abuse people for their own gain especially financially. Our president is also a capitalist because he owns several entities and has shares in them as well. These people damage the country because of greed. Political leaders are influenced and can be make decisions not based on what the people asked for so their issues get pushed aside because politicians always pretend that they care for people. Because of the profit they make over the backs of the workers, they have a right to hire and fire and worse have a say over you. They bribe people in the labour sector and they believe in team work and unity but in the style of divide and conquer. They influence leaders to change the constitution to suit themselves and keep society the way it is. One comrade asked a question which was what would happen if they themselves were given the opportunity to become a capitalist. They answered that they would create opportunities to people and not treat the workers bad.

The exercise was for our group to become a media house in which they have to produce a newspaper that will act as the voice of who they were representing. The name of the newspaper was  Youth Force which was directed at the disenfranchised youth which was the target audience. The aims were to speak about the issues that face them like unemployement, poverty elimination and improving the economics of the youth. The media platforms that they focused on was using social media such as whatsapp, facebook and also writing opinion pieces, articles and letters. After the groups went to tea break, another exercise was for different groups acting as media houses to comment and take a look at other groups presentations each for two minutes. For the ‘Youth Force’ they took comments on how to improve or change their newspaper, they accepted that they will add drug abuse and crime elimination. The challenges they faced was on participation from the members and struggling to draw the logo.