My Journey to become a Social Justice Activist 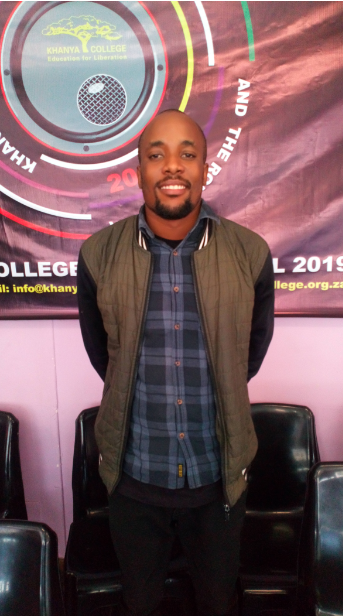 My name is Isidro Carlos Macaringue, I’m 27 years old. I’m Mozambican and I was born and raised in Maputo, the capital of my country.

From what I can remember, the first ideas about socialism, injustice and inequality in society came to me through music, specifically rap or hip hop music. I’ve always liked to read and in school my favourite disciplines were history and geography but until the early years of my adolescence I had never read any book, magazine that exposed me, in a deep way about the brutality of the capitalist system in creating poverty, injustice and inequality in society. But of course I had learned in school about how in the early years of capitalism, during the industrial revolution, workers condition were extreme and they had practically no right under employers.

Through music I began understanding how much the capitalist system, in way the is being implemented now by ruling classes (economic and political) creates and reproduces poverty in the world, specially in African country such as mine that were colonized for almost 500 years.

Realising that situation somehow took me to embrace socialist ideas but I wasn’t still fully aligned to it because I could see that in some socialist countries in modern societies there’s no freedom of speech or democratic rights to people.

On the other hand, my work somehow is playing a very significant role of shaping my ideas and view about the bad effects that the capitalist system is bringing to society. My first job was in a small civil society organisation (CSO) that promotes cooperatives enterprises as more equal, just and sustainable way of business specially for the work class, as in these type of enterprises the workers own the company. My second, and current, job is in a small-scale farmer’s organisation/social movement/CSO called UNAC. UNAC is big and very strong in advocacy work pro-small-scale farmers rights.

This advocacy work that is done by UNAC is against capitalist domain (through multination corporations) over natural resources that small farmers own for millions of years that they want now to privatise such as land, seeds, water, etc.

Luckily my work at UNAC, as an advocacy officer, allows me to attend some events as workshops, conferences, seminars in which social movements of the Southern part of Africa Exchange ideas and design common strategies to fight capitalist domain and make society a place with less inequalities and poverty specially in Africa.