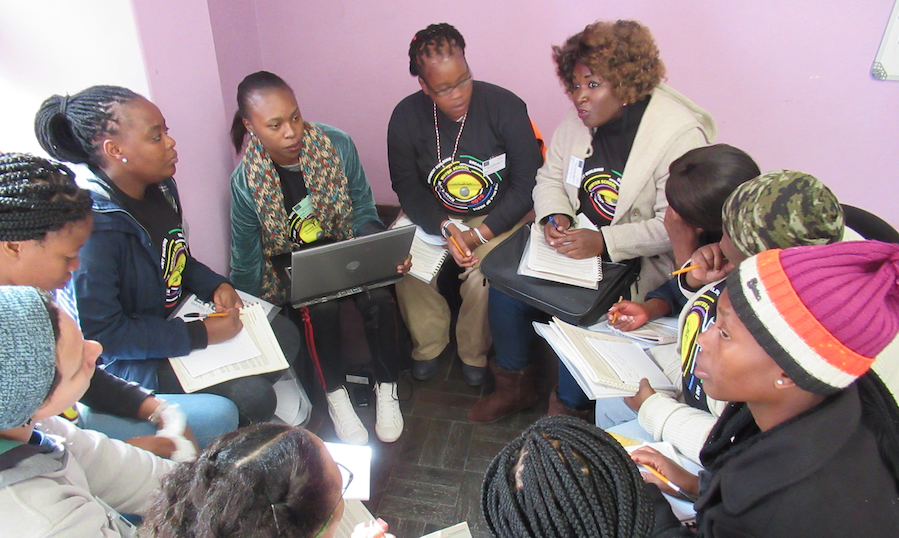 A winter school first session (simulation session)  took place on the 10th of June 2019 at Khanya college ground floor. The facilitators of the session were comrade Maria and comrade Dorothy, who guided the flow the session.  All comrades had to greet people they dont know and to check how many people you can greet in the given time. Comrade Dorothy introduced the winter school team to the participants, followed by the Khanya staff, FAJ team and lastly was the cooking team. House rules were explained by Comrade Juliet where she spoke about the rules for those staying in the hotel and Comrade Nosipho spoke about sexual harrassment.Father Mokesh welcomed all the comrade and acknowledged the partners of Khanya College who are supporting the organisation. Followed by comrade Oupa who also welcomed the comrade.

Candles were given to the participants as well as the Khanya college staff in rememberance of the fallen comrades. Some of the participants came forward to say few words about the fallen heroes who fought for our freedom. Comrade Maria explained that 30% of the comrades that attended the winter school were under 30 years and 70% are under 40 years. She acknowledged the countries that are present to the winter school which are Zimbabwe, Mozambique, Malawi and Angola.

Before the simulation opening session started, people were placed into groups for media houses and they had to come up with a name for their group. Comrades did a play of a sex worker where a child died and the sex worker is being accused of killing the child that she ended being arrested and went to court where she tried to defend herself and different media houses intervened to comment on what they think about the story. The media houses were also given a chance to review each other’s comments based on the play and comment on them.