The role of media under capitalist 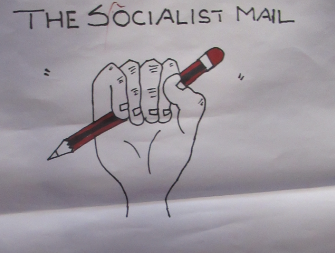 The churches form an important part of our lives, they influence how we live, dream and think. Governments also play a role in promoting ideas and influencing how people think, in Angola for an example, government are very influential because they are the one who write our books, they impose how they want the society to think. Political groups are very influential, and some of us were not involved in those struggle, their influence is reproduced from generations to generations. They also largely influence how media reports on news, when you read the news you see big headlines of the terrorist attack on Muslims. They report on them as groups belonging to terrorist groups. We are being manipulated by the mass media. If it is not on their internet, it is on radio.

The contents on media controls people and even control what they should wear in a form of advertising. Media is however not always negative, take the issue of LGBTQ and the rights of minorities, this issues were regarded as taboo and certain groups of people were discriminated. The media has now put the issues on the agenda for debates and discussions. To some extend media does promote tolerance as they display different cultures which enables people to understand different ways of life. The news provides important information to communities and warn of looming dangers.T

The media has its own disadvantages and shortcomings, they tend to report on news that are not the true reflection of society, but a way to influence society. Newspapers have become a space for people to promote capitalist ideologies through the advertisements and influence people to buy to buy things that they do not even need. It does not help to run away from newspapers to social media because big corporates have invaded that space as well with their advertisements.

Most of our media houses are owned by white people and they get their revenue from advertising. There are also no regulation of the kind of advertisement that goes to this media platforms, some of the products are not healthy but as we know capitalism, the only interest is to make profits.