A Journalist who made a tangible contribution 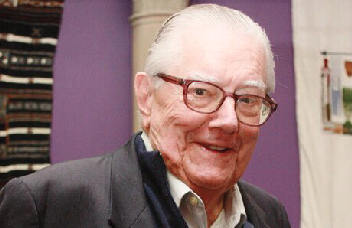 South Africans and the world at large received the sad news that media stalwart, Raymond Louw had died. The multi-award winning 93 year old who died on the 5th of June 2019 was an editor, journalist and a council member of South African National Editors Forum (SANEF).

Louw is well-respected because of his activist work, especially as the editor of the liberal newspaper, the Rand Daily Mail from which he was fired in 1977. During his editorship of the Rand Daily Mail, the newspaper played a role as a source of information for working class people before more radical publications such as New Nation; Grassroots and Vrye Weekblad emerged. He exposed the  corruption and brutality of the apartheid state and its white oligarchy.

Louw is famous for a number of activities he immersed himself in, including the coverage of news from the townships and his active recruitment and training of black journalists through institutes like the Advancement of Journalism. He is also noted for his activism for media freedom at a time when the Apartheid state intensified media repression. These activities culminated in the founding of the Freedom of Expression Institute. Later on, he fought for the Promotion of Access to Information Act (2000). This legislation allows for information held by the government or private entities, to be access in order to protect other rights that are being attacked or under threat.

The media veteran helped found the New Era Schools Trust in the late 1980s in order to establish multi-racial schools. Louw leaves behind a legacy of struggle and principled journalism.